Lunar Great Wall Studios is delighted to announce the first public hands-on anywhere in the world takes place at EGX Rezzed 2018 at London’s Tobacco Doc, April 13-15 in the ‘Powered by Unreal Engine’ Zone.

Andrea Basilio, Creative Director of Lunar Great Wall Studios said: “We’re excited to show the game to the public for the first time and showcase our vision for Another Sight: As you explore the world and meet notable figures from history, how Kit views the world changes, and morphs the world into something unique in video games.” He continued, “Doing the first show in London is special because the city was one of the very early inspirations for the game”. 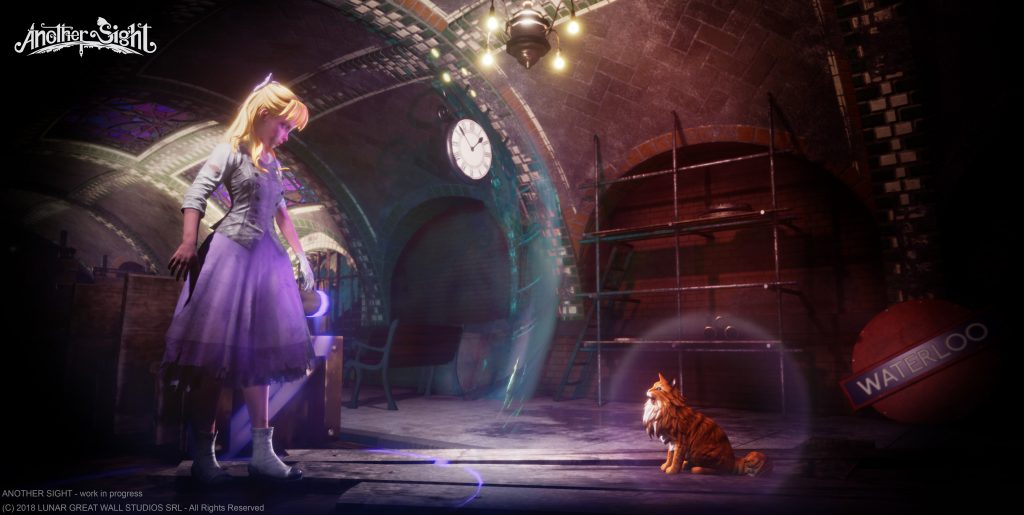 ANOTHER SIGHT is a surreal fantasy adventure with steampunk elements set in 1899 towards the end of the Victoria era, in London. Built on heart, culture and character, ANOTHER SIGHT brings to life our two leading characters: Kit, a refreshingly bold teenager, who loses her sight after the under-construction London Underground tunnel she was exploring collapses, and Hodge – a mysterious red-furred cat – she meets in darkness. Together, they team up for an adventure through the unexpected, with Hodge an essential companion upon whom Kit will come to rely on. Kit and Hodge explore a surreal fantasy world both together and apart, using each of their unique talents to tackle environments and solve intriguing puzzles. Beneath London, in a world inspired by Neil Gaiman’s urban fantasy, Neverwhere, Kit and Hodge encounter a hidden society of the world’s greatest inventors and artistic minds such as Claude Monet, Jules Verne and other long-past cultural icons.